«Design is the answer to a very difficult question»

It is a cool autumn day in late September in a hidden pocket of South-East London, a quiet residential area not far from the River Thames. The old streets are densely lined with houses from mid 19th Century. Jay Osgerby is making coffee in his kitchen-cum-living room. He almost seems too modest, too approachable to be such a design icon. Not yet 50, the Oxford-born designer has achieved virtually everything there is to achieve in the world of design. Together with his business partner Edward Barber, he runs the internationally renowned Barber & Osgerby design studio. From diverse designs for well-known manufacturers such as Vitra and B&B Italia, to the official torch for the 2012 Olympic Games in London, and the 2£ coin commemorating the 150th anniversary of the London Underground: Osgerby and his partner have been almost restless in their creation of numerous icons. “I find it quite difficult to not think about work. I’m always thinking about what’s next, always on the go."

Jay Osgerby is a very eloquent speaker, choosing his words carefully. He is driven, sharp-witted – and gentle. His first thought draws his gaze appreciatively into the garden: “For me, one of the things I missed, living in London, has really been the ability to see the horizon. We spend our days wandering around underneath these canyons of architecture, man-made vistas and views. It’s something I missed from my childhood, growing up in the countryside.”

He has managed to recapture this lost view of the horizon. While renovating his 1870s house – a project that was only recently completed – Osgerby decided to create a kitchen-cum-living room on the ground floor. However, since the ground floor was damp and in poor condition, he came up with the idea of adding extra height by lowering the floor by 1.5 metres creating  extra volume. The result is a remarkably cosy, high room with a huge amount of space. The side of the building facing the garden has been opened up by integrating Sky-Frame windows.

«We’ve created an opening in the building, to let light in. And in doing so, we’ve created a view out. The larger the view, the bigger the aperture, the more you can be absorbed in the view and the more you become part of the landscape outside.»

Jay Osgerby discovered Sky-Frame on a visit to the VitraHaus building of Herzog & de Meuron in Weil am Rhein, South-West Germany. “Volume and light are the two most important ingredients to make a great space. We dropped the floor to create volume. The light was the second most important thing for me. The Sky-Frame system was the best system I could possibly find. I wanted a system which was pretty much invisible when it was closed – to avoid running the risk of feeling like you’re in some kind of prison.” The old fabric of the building and corresponding architecture, combined with lots of light, creates a sense of vastness.

“I decided that I wanted to, more or less, restore the house from the ground floor up,” says Osgerby. He felt that the house had to work for the whole family, adapting to the needs of growing children. His three children, two of whom are teenagers, fill the house with life. “I see life in layers: the base layer – the ground – represents family and friends. The next layer, represents things to be shared, enjoyed and experienced - like great food and nice wine, travel and learning. The final layer, the sky – is work, experimentation - opportunities.” 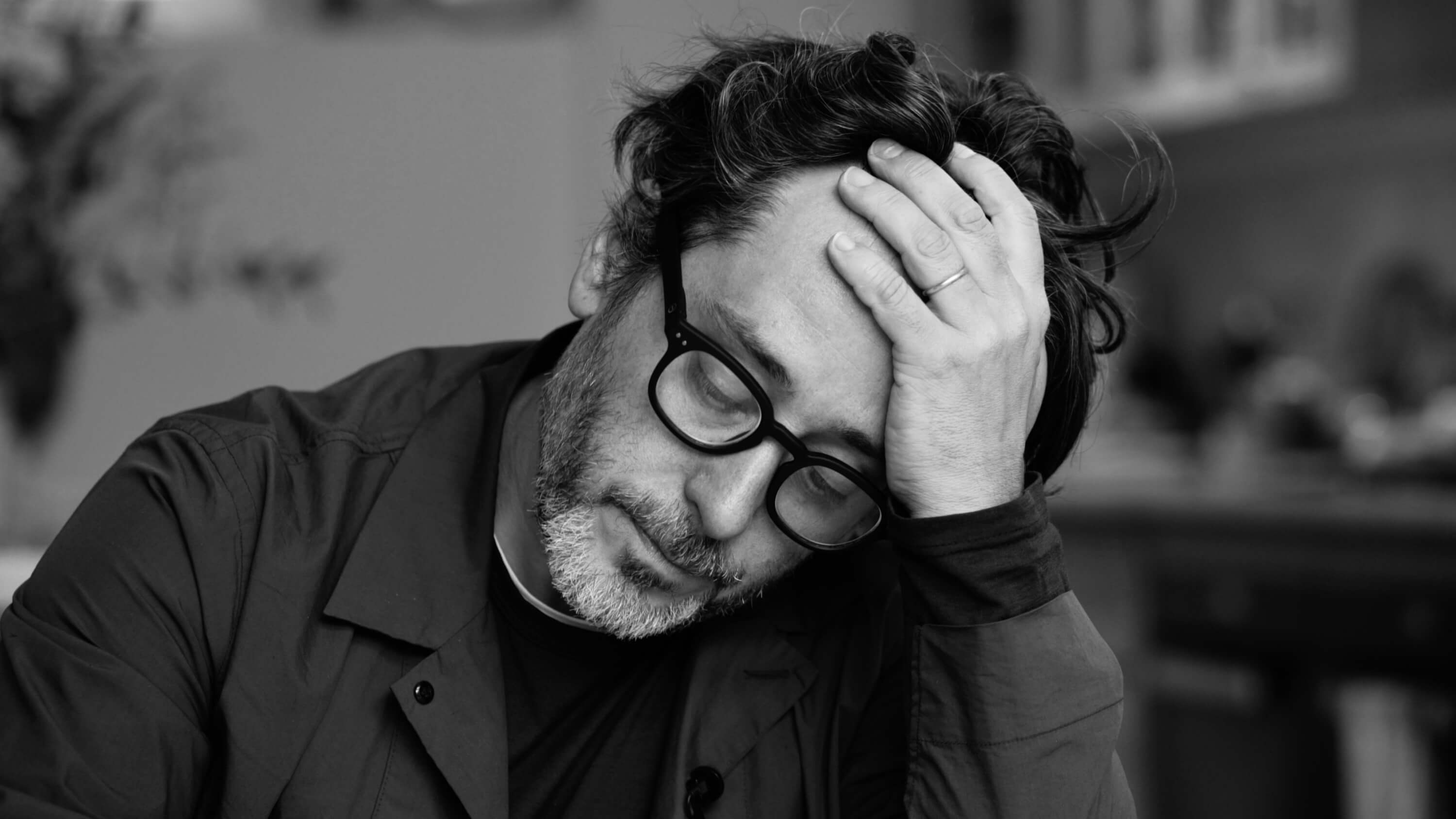 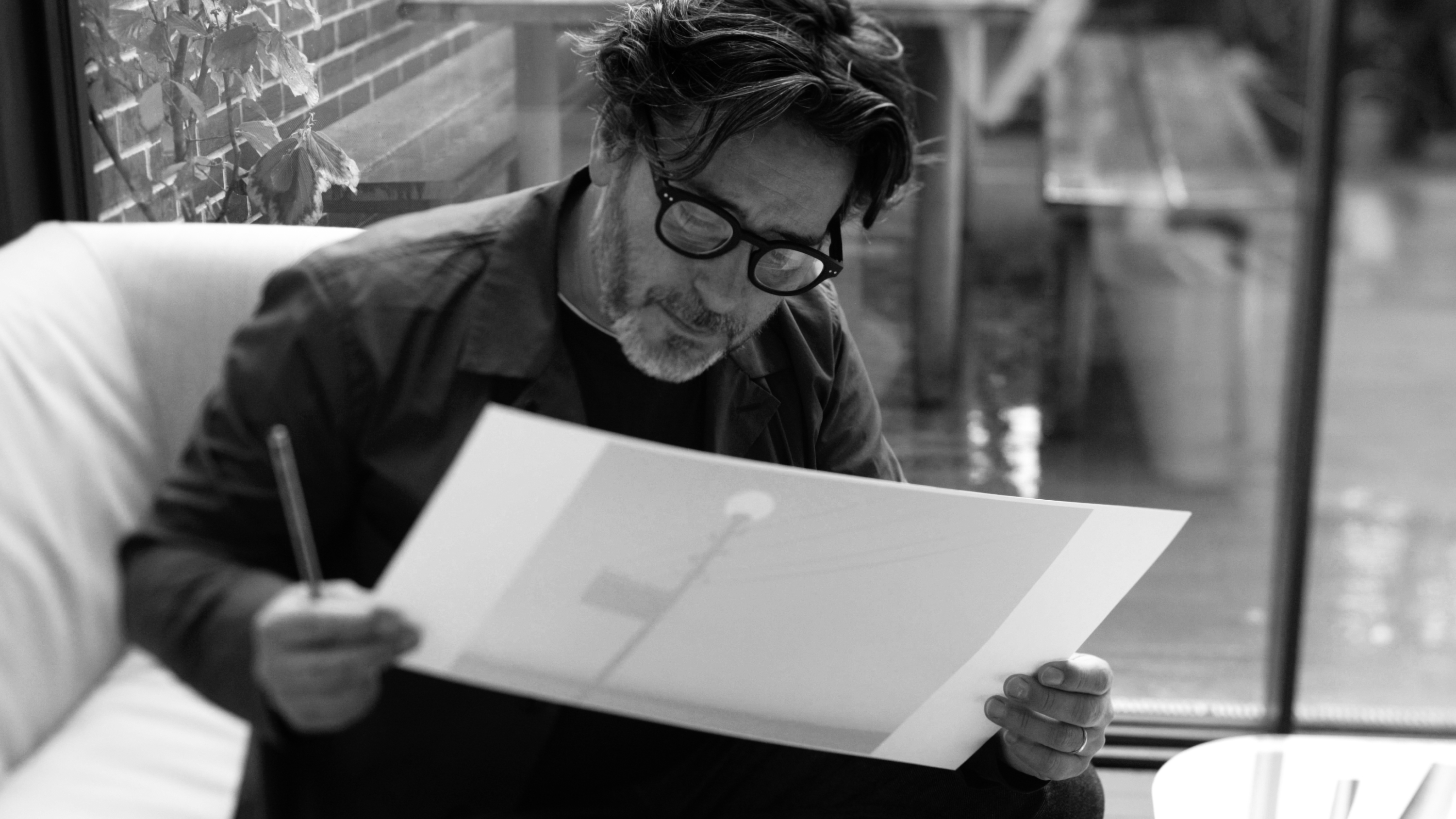 The walls are pure white, the self-designed kitchen made by the local carpenter plain and homely. Countless historical collector’s items and some more recent collectibles adorn the shelves and the self-designed glass cabinet, telling stories of an eventful life and many travels. Art lines the walls, including works by distinguished artists. Standing in the centre of the room is the Home Table and Ballot Chairs from their own collection – Scandinavian flair meets maximum comfort. Pure and yet so inviting: “Sky-Frame is as purist as can be – because it is derived from pure engineering. A lot of energy went into making something which is barely noticeable. And that is the triumph.” Osgerby and Sky-Frame are a good match: “I love solving problems – finding a way to make things better.” If you were to ask those in the know what sets the designs of Osgerby and Barber apart, you would be met with varying opinions. The concept of diversity – and, above all, constantly evolving, looking to the future: “It is important to be recognised to help sell your work. But commercial success was never important to us. We always try to break out of these constraints and face new challenges.” When asked what he believes makes for a good design, he plain and simply replies: “Good design is the answer to a very difficult question.”

When Jay Osgerby speaks, you feel pure authenticity. Osgerby lives and breathes all aspects of design: “I am defined by what I do. It’s pretty much everything I have done, and it’s largely what I’m interested in outside family life. I wake up in the morning and I never think twice about going to work. I just get up and start doing what I do.” Osgerby’s passion has led him to work that, for him, never feels like work. 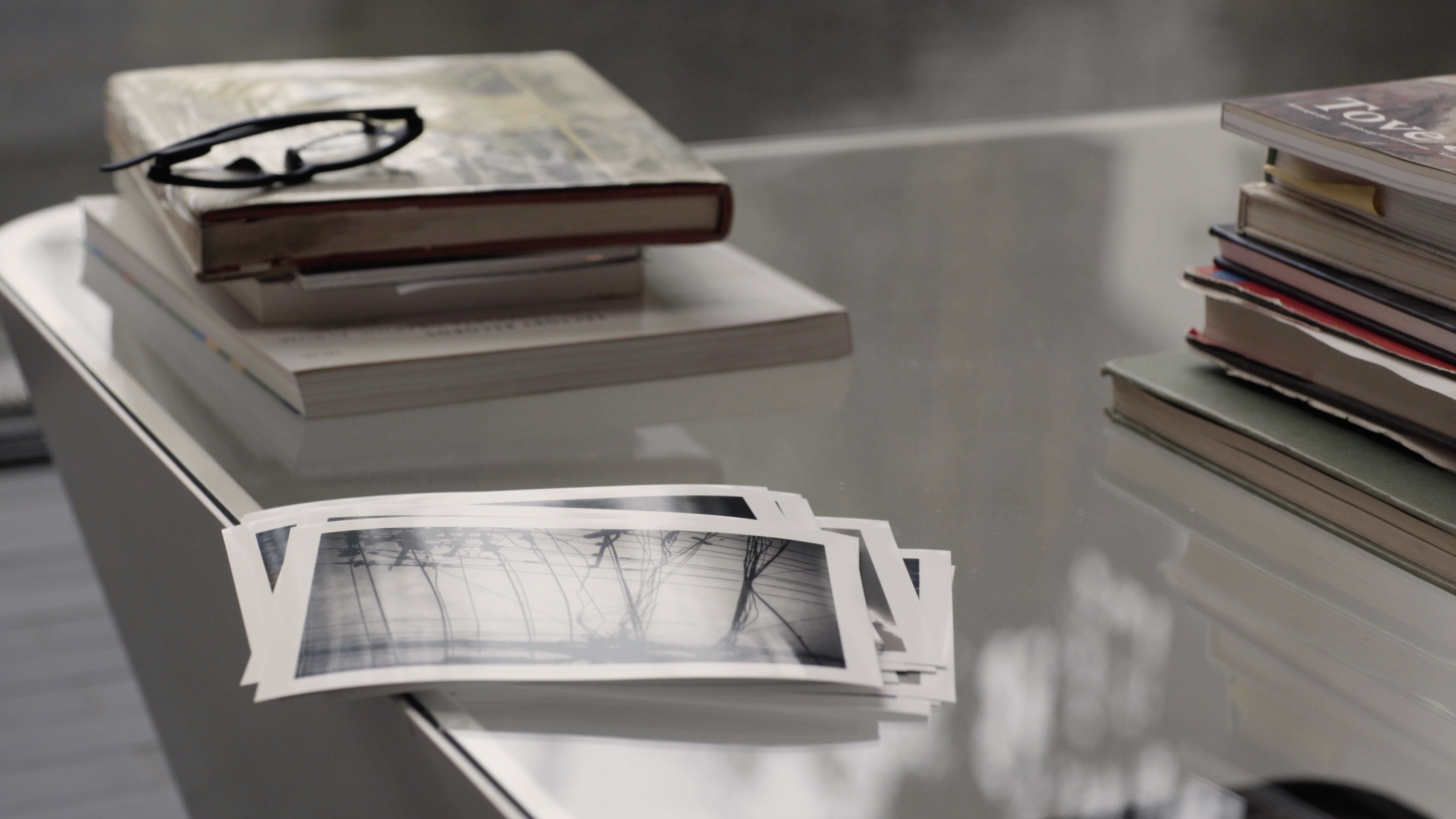 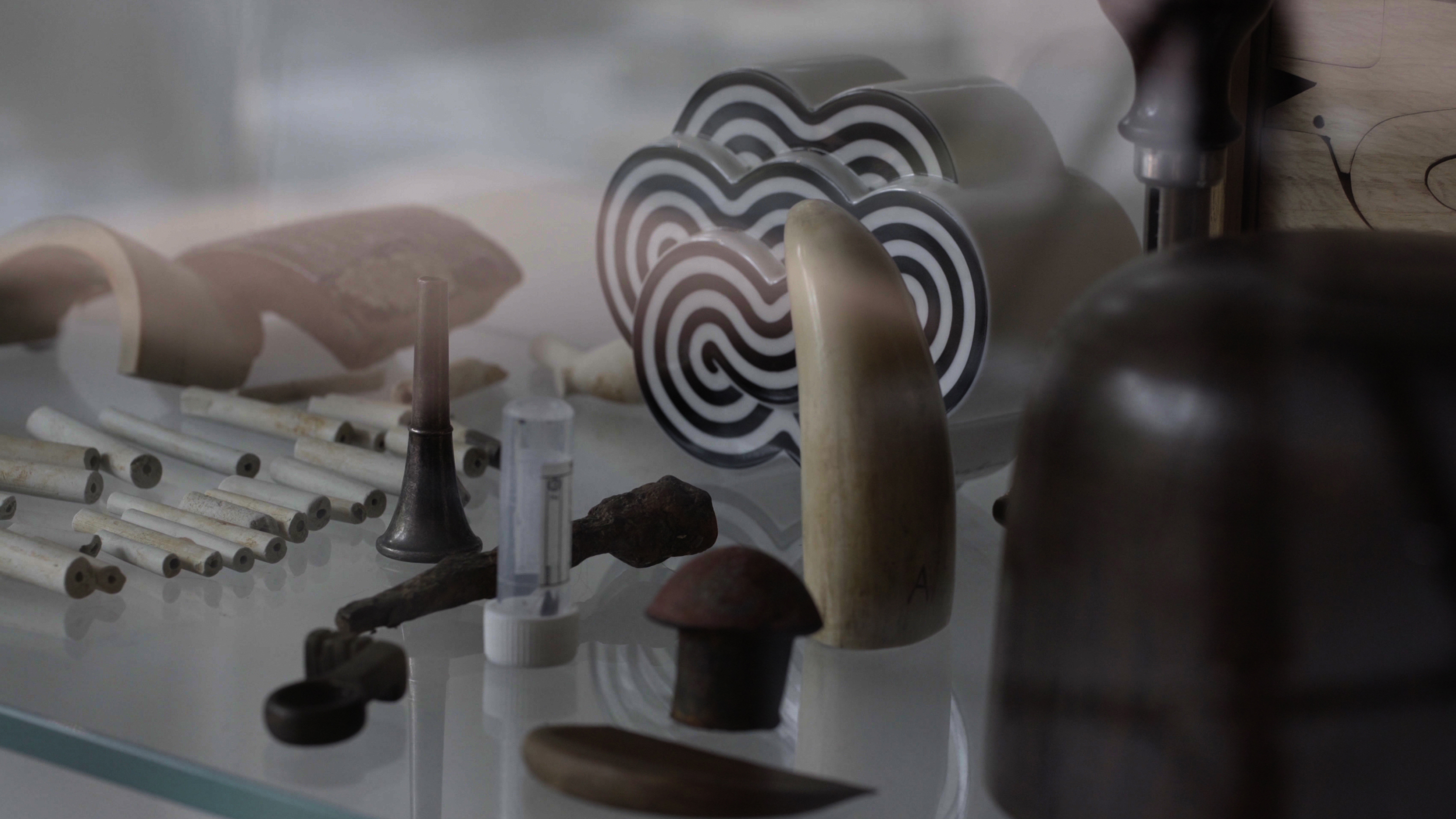 Jay Osgerby has discovered not only his passion for design, but more recently, also his passion for photography. His photographs refer to the many journeys he embarks on. His latest travels took him from Russia to Mongolia and China on the Trans-Siberian Railway. Osgerby searches for space and expanse in his photography, too. His pictures exude tranquillity – nature constantly intertwines with precise geometric lines and shapes. “Maybe photography helps me create a sense of balance – it allows me to be in the moment, to stop thinking about the future for once.” Osgerby’s restlessness is momentarily stilled as he looks touched at the freshly printed photographs before him. Taken with his faithful companion, a Leica M10, the pictures would be worthy of any exhibition. Osgerby remains far too modest in this respect as well: “There isn’t anything yet. It’s just the beginning of a new interest.”

Their diverse body of work spans industrial design, furniture and site-specific installations as well as limited edition pieces. Public commissions include the London 2012 Olympic Torch and projects for the Royal Mint. Their work is held in permanent museum collections around the world including the V&A and Design Museum in London, Metropolitan Museum of Art, New York and Art Institute of Chicago.

Jay attained his Master’s degree in Architecture at London’s Royal College of Art, and in 2004 Barber & Osgerby received the prestigious Jerwood Applied Arts Prize. In 2007 Jay was awarded ‘Royal Designer for Industry’ by the RSA. He has an honorary doctorate from Oxford Brookes University and is a fellow of Ravensbourne College. In 2013 Jay was awarded an OBE for his services to the design industry.

Between the nordic exuberant nature, the CPH House proposal is to preserve the landscape view of the forest and lakes in the surroundings. 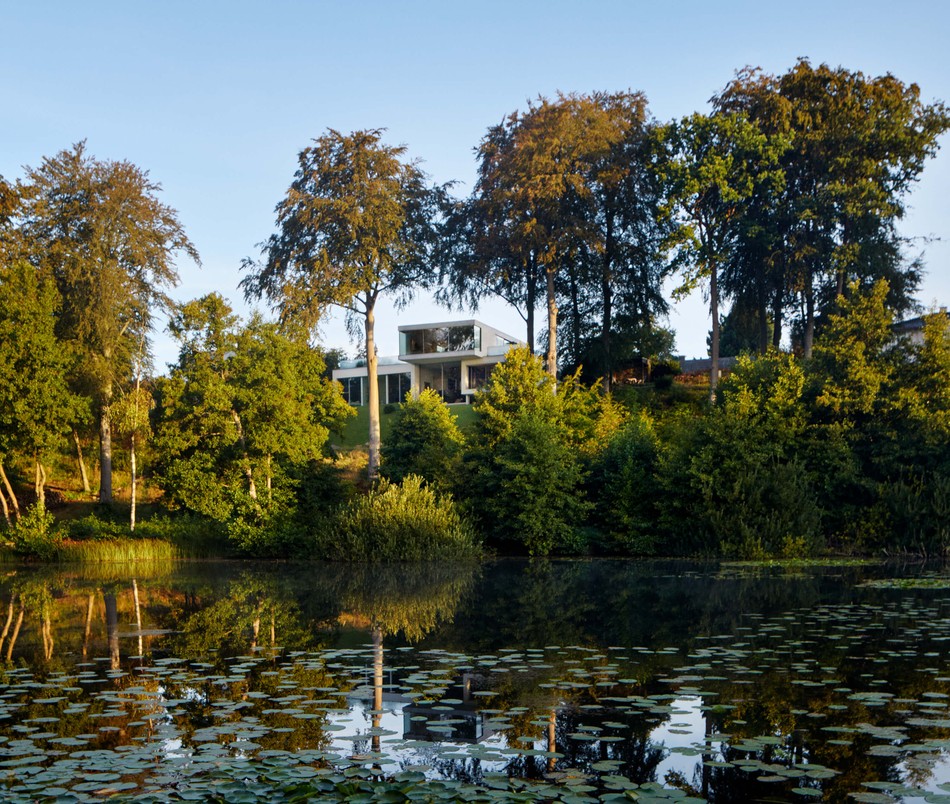 Initiated by Sky-Frame, the “Women in Architecture” documentary is an impulse for inspiration, discussion and reflection. 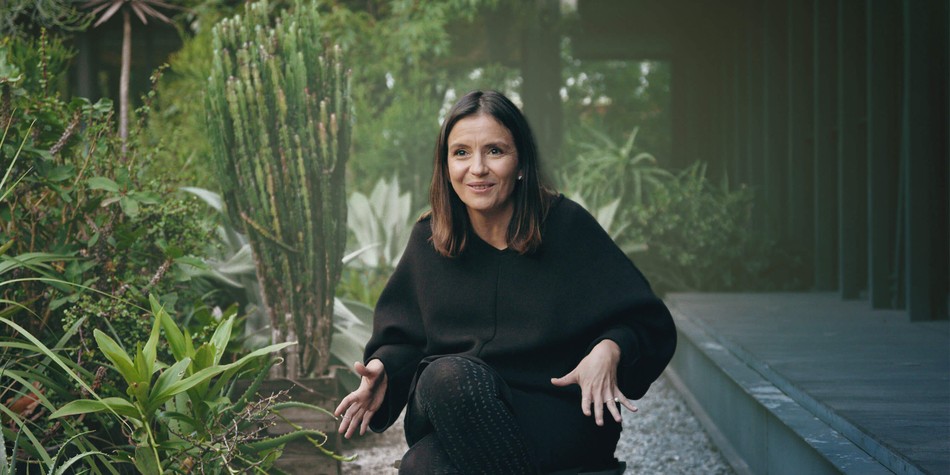 "I've always thought that there are no good architects there are only good clients, and in this case, they were amazing clients."⁠ Architecture Hunter has talked to Bernardo Pozas about the Casa Grecia. 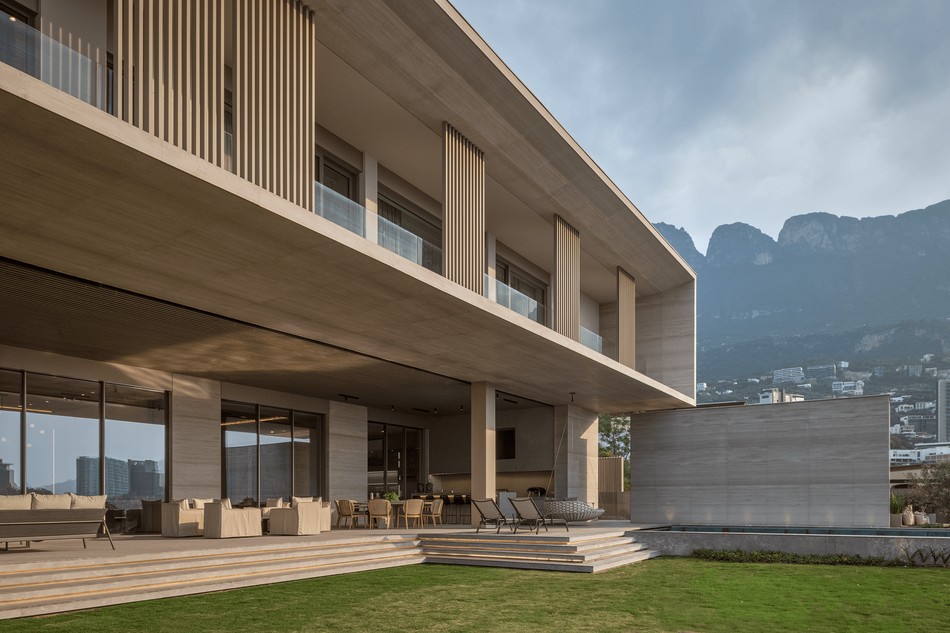