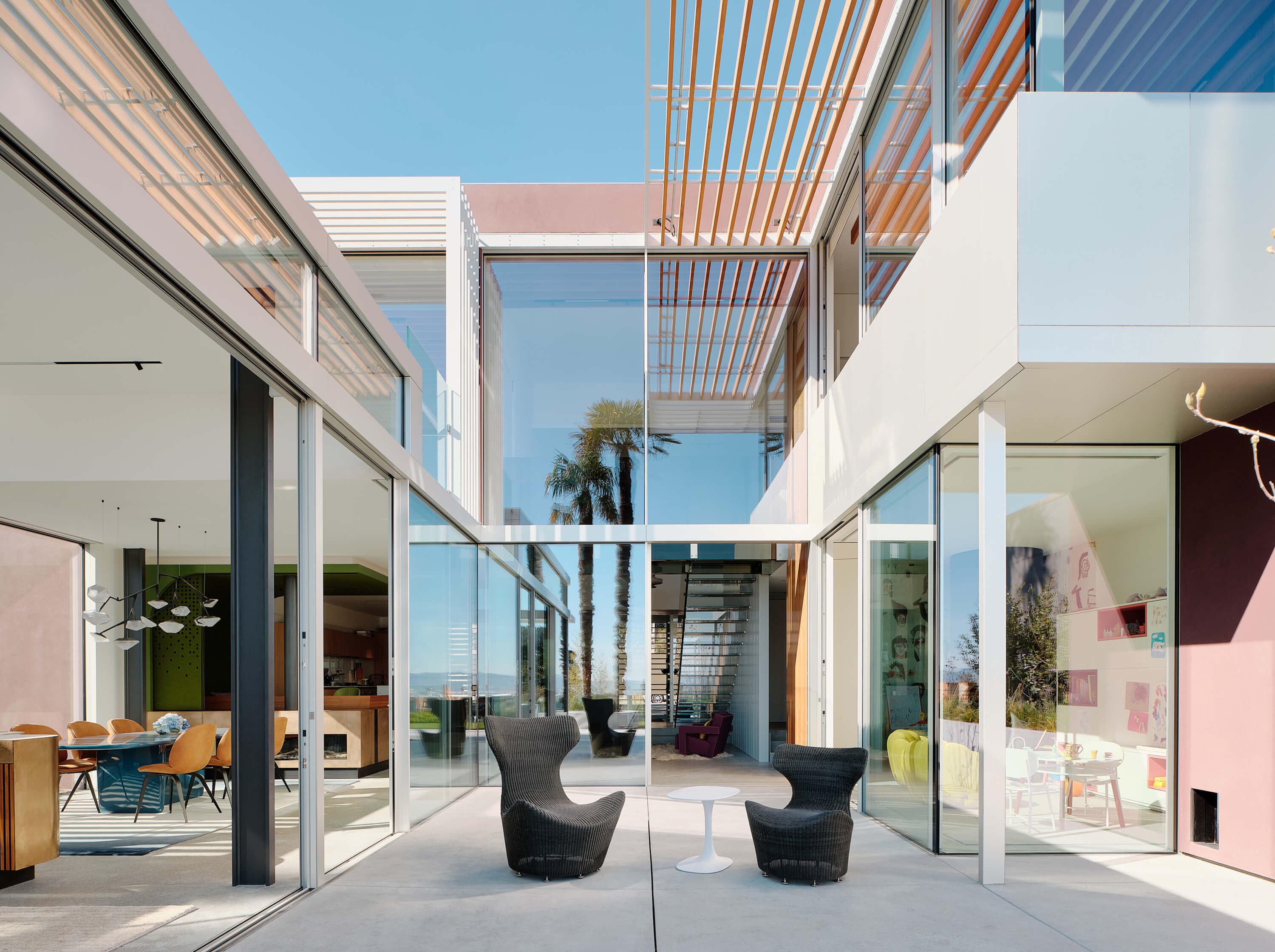 This renovation and addition unravels a chapter of ill-considered renovations to create an urban retreat for a young family on a remarkable site. By re-using more than half of the original structure and improving the home's environmental performance, the project also minimizes the 4000 SF home’s embodied carbon and ongoing carbon footprint.

The double-wide lot sits atop a bluff and next to a community garden, making for a rare condition in the heart of the city: a large, secluded site, overlooking the city and the bay. The site was filled and leveled in the early 1960’s to accommodate the original house and pool, the scene of legendary parties. Renovations by a subsequent owner led to a messy collection of rooms out of sync with the flow of daily life. 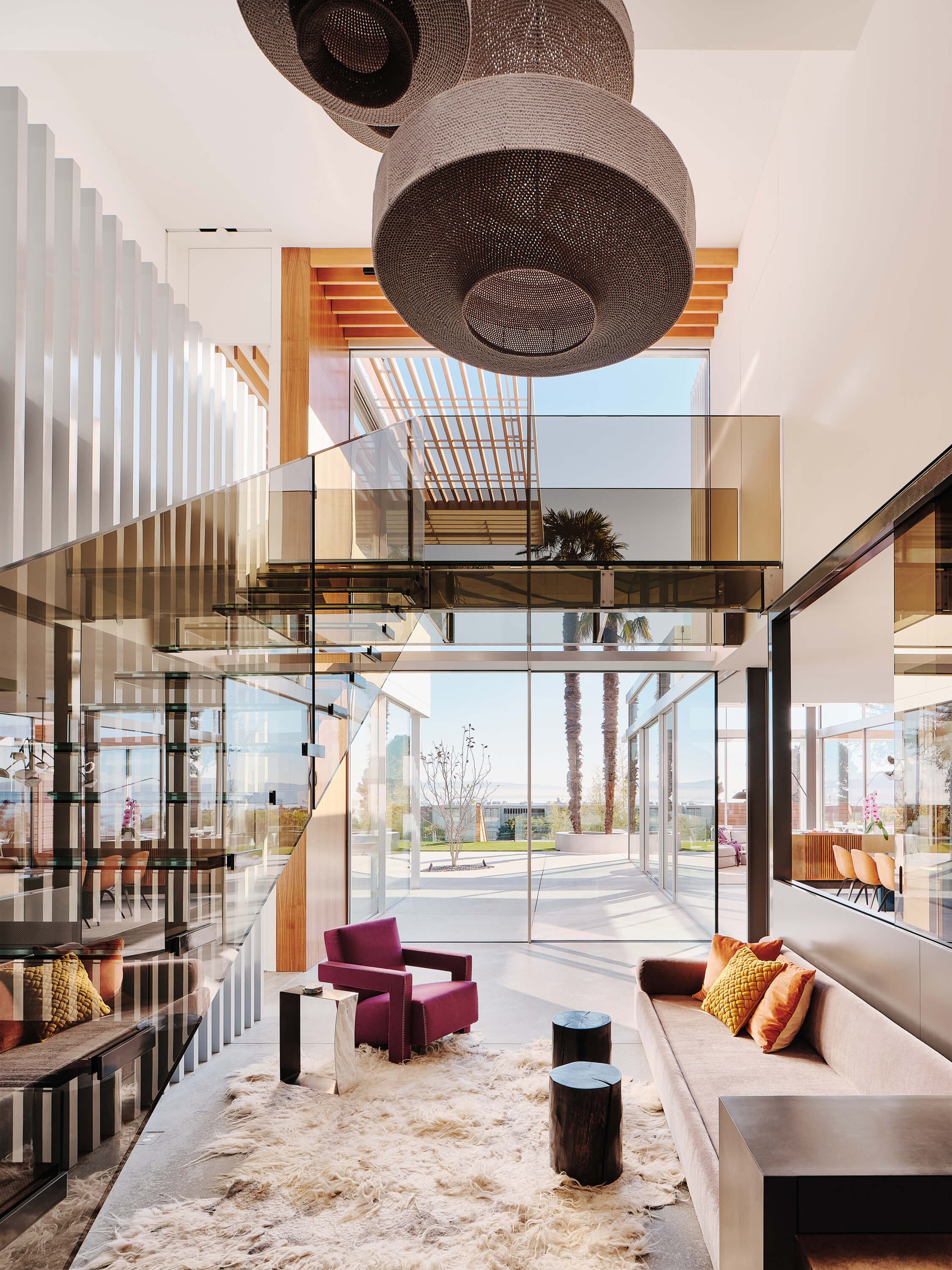 The design brings clarity and openness to the home by taking an almost surgical approach, retaining essential structural elements while introducing new features. A series of interventions break apart the existing box, rewriting the relationships and connections between rooms. Glass and natural light both diffuse and hold together the composition, defining scenes throughout the house that explore perceptions of inside/outside, private/public, and light/dark as well as materiality. 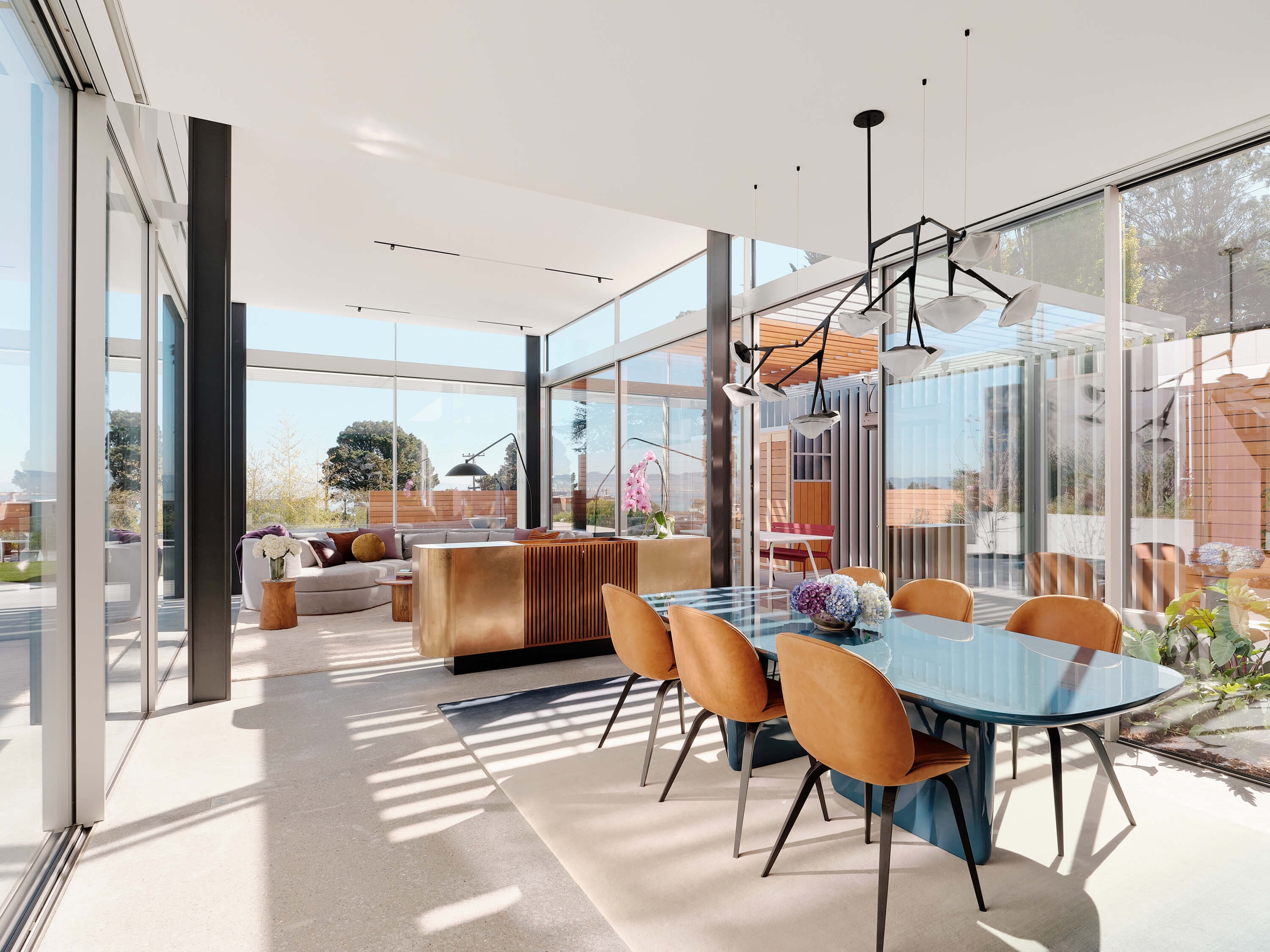 The most visible intervention is the insertion of an all-glass pavilion enclosing a dining and family room. Neither completely indoors nor outdoors, this volume reaches into the rear yard to engage sweeping views of the bay and East Bay hills beyond. Trellis of aluminum and wood shade the space without encumbering the sense of expansiveness.

An existing two-story volume - once dominated by a bulky staircase - is opened up to create a more befitting entry way and a flexible lounge for the home. A brown-glass stair and bridge float within this space connecting levels and rooms, and adding a dimension of light and color. The brown glass, which evokes the modern-era origins of the home, shifts from solid to transparent with the changing light each day. Around this lounge extend two wings of living space: an open kitchen anchors the dining/living pavilion on one side while a guest room and child’s play room sit opposite. The upper floor is expanded and refined. The master suite is reimagined as a singular, light-filled volume extending the full depth of the floor to the outdoors. A curved glass shower pushes beyond the envelope of the house and into the screened front balcony - a secretly provocative gesture to the street below. In this space in particular the play of privacy and views, light and shadow, recall California’s Light and Space art movement to which the design pays homage.

Throughout the house curved forms and playful elements - including a child’s fire pole connecting the two floors - counter the home’s rectilinear form. Finally, a front facade composed vertical and horizontal wood boards and slats, echoes the trellises and partitions, tying together the home’s public and private expressions and replacing an opaque street presence with a wood screen activated by shifting light from day to night. 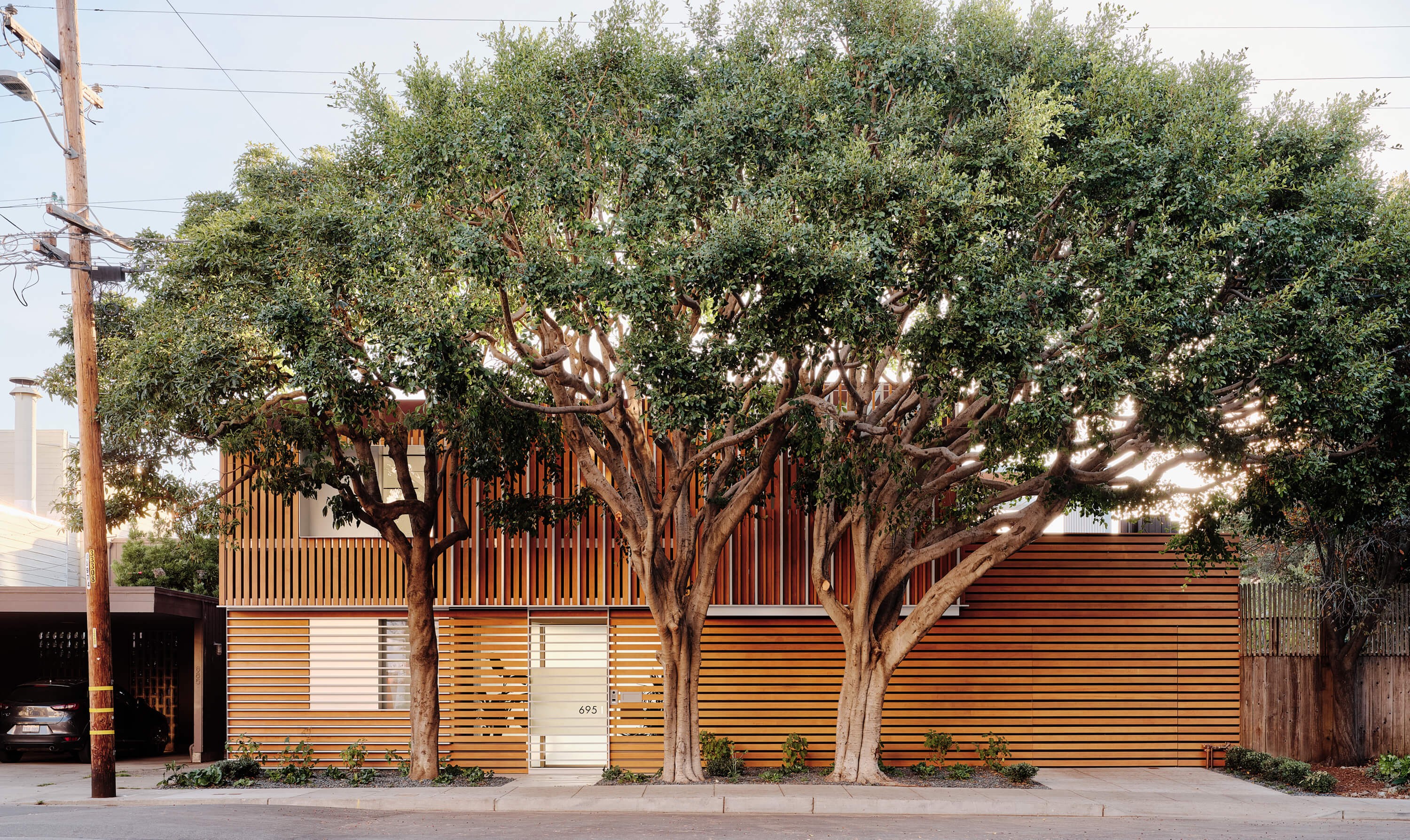 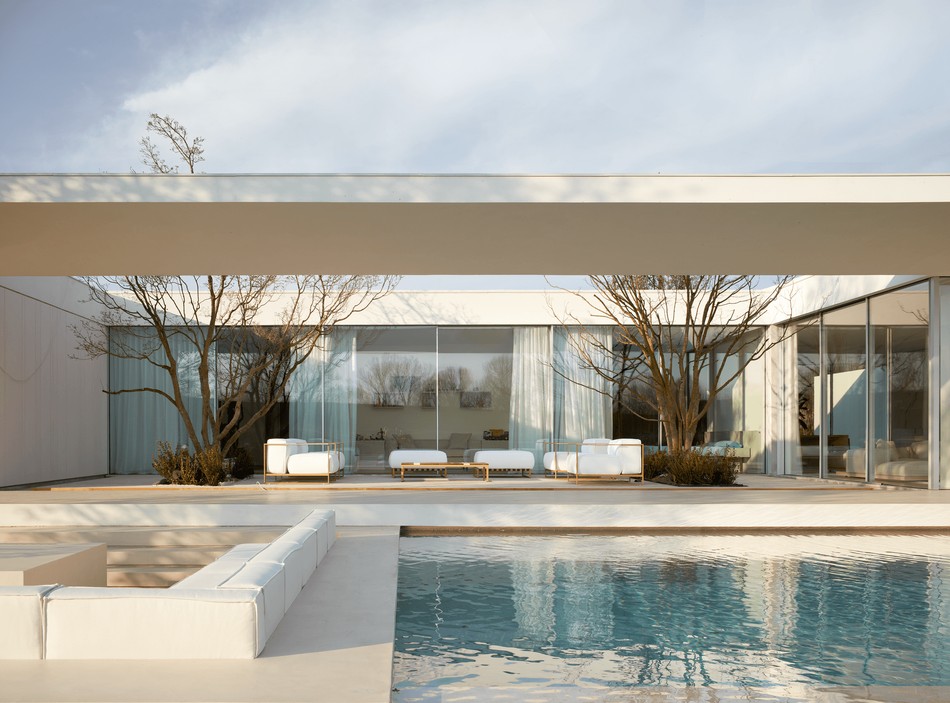